He was born in Paris in 1905. His father, a navy captain, died when he was a baby – and he grew up extremely close to his mother until she remarried, much to his regret, when he was twelve. Sartre spent most of his life in Paris, where he often went to cafes on the Left Bank.

He had a strabismus, a wandering eye, and wore distinctive, heavy glasses. He was very short (five feet three inches) and frequently described himself as ugly. By the 60’s Sartre was a household name in both Europe and the United States, and so was his chosen philosophy, Existentialism.

Sartre is famous principally for his book Being and Nothingness (1943), which enhanced his reputation not so much because people could understand his ideas but because they couldn’t quite.

Existentialism was built around a number of key insights: One: Things are weirder than we think Sartre is acutely attentive to moments when the world reveals itself as far stranger and more uncanny than we normally admit; moments when the logic we ascribe to it day-to-day becomes unavailable, showing things to be highly contingent and even absurd and frightening.

Sartre’s first novel – Nausea, published in 1938 – is full of evocations of such moments. At one point, the hero, Roquentin, a 30-year-old writer living in a fictional French seaside town, is on a tram. He puts his hand on the seat, but then pulls it back rapidly.

Instead of being the most basic and obvious piece of design, scarcely worth a moment’s notice, the seat promptly strikes him as deeply strange; the word ‘seat’ comes loose from its moorings, the object it refers to shines forth in all its primordial oddity, as if he’s never seen one before. 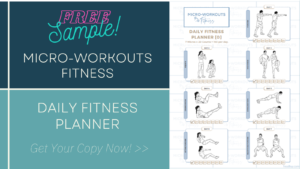 Roquentin has to force himself to remember that this thing beside him is something for people to sit on. For a terrifying moment, Roquentin has peered into what Sartre calls the ‘absurdity of the world. ’ Such a moment goes to the heart of Sartre’s philosophy.

To be Sartrean is to be aware of existence as it is when it has been stripped of any of the prejudices and stabilising assumptions lent to us by our day-to-day routines. We can try out a Sartrean perspective on many aspects of our own lives.

Think of what you know as ‘the evening meal with your partner’. Under such a description, it all seems fairly logical, but a Sartrean would strip away the surface normality to show the radical strangeness lurking beneath.

Dinner really means that: when your part of the planet has spun away from the energy of a distant hydrogen and helium explosion, you slide your knees under strips of a chopped-up tree and put sections of dead animals and plants in your mouth and chew, while next to you, another mammal whose genitals you sometimes touch is doing the same.

Two: We are free Such weird moments are certainly disorienting and rather scary, but Sartre wants to draw our attention to them for one central reason: because of their liberating dimensions. Life is a lot odder than we think, but it’s also as a consequence far richer in possibilities.

Things don’t have to be quite the way they are. In the course of fully realising our freedom, we will come up against what Sartre calls the ‘angoisse’ or ‘anguish’ of existence. Everything is (terrifyingly) possible because nothing has any pre-ordained, God-given sense or purpose.

Humans are just making it up as they go along, and are free to cast aside the shackles at any moment. Three: We shouldn’t live in ‘Bad faith’ Sartre gave a term to the phenomenon of living without taking freedom properly on board. He called it BAD FAITH.

We are in bad faith whenever we tell ourselves that things have to be a certain way and shut our eyes to other options. It is bad faith to insist that we have to do a particular kind of work or live with a specific person or make our home in a given place.

The most famous description of ‘bad faith’ comes in Being and Nothingness, when Sartre notices a waiter who strikes him as overly devoted to his role, as if he were first and foremost a waiter rather than a free human being.

His movement is quick and forward, a little too precise, a little too rapid. He comes towards the patrons with a step that is a little too quick. He bends forward a little too eagerly: his voice, his eyes express an interest a little too solicitous for the order of the customer…’

The man (he was probably modelled on someone in Saint-Germain’s Café de Flore) has convinced himself that he is essentially, necessarily a waiter rather than a free creature who could be a jazz pianist or a fisherman on a North Sea trawler. Four: We’re free to dismantle capitalism.

The one factor that most discourages people from experiencing themselves as free is money. Most of us will shut down a range of possible options (moving abroad, trying out a new career, leaving a partner) by saying, ‘that’s if I didn’t have to worry about money. ‘ 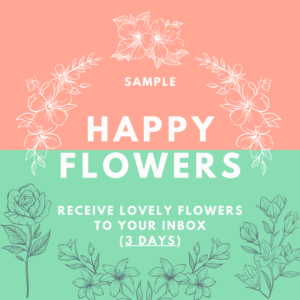 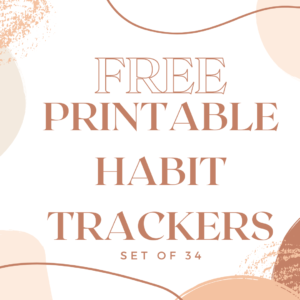 This passivity in the face of money enraged Sartre at a political level. He thought of capitalism as a giant machine designed to create a sense of necessity which doesn’t in fact exist in reality: it makes us tell ourselves we have to work a certain number of hours, buy a particular product or service, and so on.

But in this, there is only the denial of freedom – and a refusal to take as seriously as we should the possibility of living in other ways. It was because of these views that Sartre had a life long interest in Marxism.

Marxism seemed in theory to allow people to explore their freedom, by reducing the role played in their lives by material considerations. Sartre took part in many protests in the streets of Paris in the 60s. Arrested yet again in 1968, President Charles de Gaulle had him pardoned, saying, “you don’t arrest Voltaire. ”

Sartre also visited Fidel Castro and Che Guevara and admired them both deeply. As a result of these connections and his radical politics, the FBI kept a large file on Sartre trying to deduce what his suspicious philosophy might really mean.

Sartre is inspiring in his insistence that things do not have to be the way they are. He is hugely alive to our unfulfilled potential, as individuals and as a species. He urges us to accept the fluidity of existence and to create new institutions, habits, outlooks and ideas.

The admission that life doesn’t have some preordained logic and is not inherently meaningful can be a source of immense relief when we feel oppressed by the weight of tradition and the status quo.

How To Trick Your Brain Into Doing Hard Things